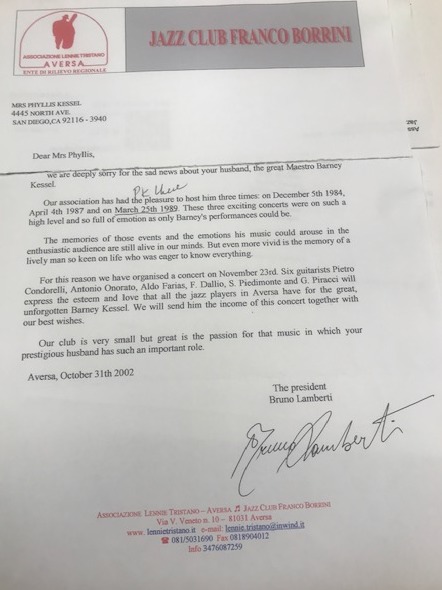 A letter from Jazz Club Franco Borrini on a benefit concert

This letter from Bruno Lamberti to Phyllis Kessel was sent following Barney Kessel's brain cancer diagnosis in 2001. Lamberti was the president of the Jazz Club Franco Borrini in Aversa, Italy. In the letter, he mentions Kessel's performances hosted by the club in 1984, 1987, and 1989. The club sends their sympathies and informs Phyllis Kessel about a benefit guitar concert to be held in Barney Kessel's honor. Kessel's international impact as a jazz artist is clear.