Fantasia on "Song of the Birds"

Fantasia on "Song of the Birds"

More about the composer 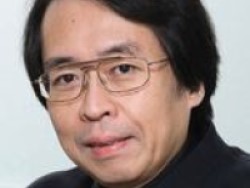 The Song of the Birds, played by Pablo Casals (1876-1973) in 1971, was based on a haunting and melancholy folk tune of his native Catalonia. Casals had experienced the horrors of both world wars, and this piece embodied the cello virtuoso's prayers for peace. When performing it before the United Nations General Assembly toward the end of his life, he stood up and said, “Birds in Catalonia go singing: Peace, peace, peace.” I remember watching a video recording of this scene.

It might be more appropriate to call the piece this time a fantasia based on The Song of the Birds, rather than its arrangement. I wrote it freely, trying to capture the feelings and emotions of Casals, while imagining its performance by Japanese viola player Nobuko Imai. The original piece was written in A minor, but I chose C miner as its principal key to make the most of the viola's open strings. Casals was one of the most important artists to Mr. Haruhiko Hagimoto; because I have dedicated this short piece to Mr. Hagimoto, and H.H. are his initials, the piece ends with a prolonged H note.